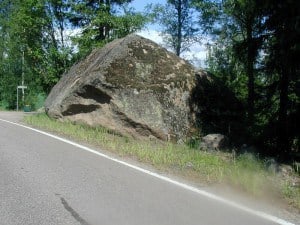 Alongside the old country road leading to Viipuri, at Rakila, there were two large erratic blocks behind which, according to legend, highway men hid harrassing travellers.
According to another story soldiers had abducted a young man so that they could take him to join the Russian Army. His brothers stalked the abductors behind the blocks and saved their youngest brother from ending up in Russia.
A third story tells about landlords, who claimed to have been robbed at the Pistol Stones, though infact they had drank their money at the fair.
The block which was on the southern side of Museotie has been removed, the one on the northern side is still in place. 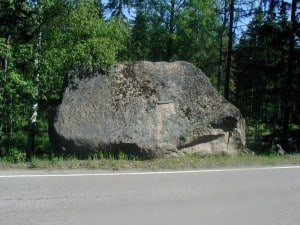